By judgment of 16 February 2017 The Court of Justice of the European Union has ruled on the possibility of a notified body being liable on a case-by-case basis against the end-user of a medical device. According to the Court, such liability is possible – it is not excluded, but the possibility of incurring it depends on the liability rules in force in the legislation of the Member State concerned.

The case before the Court concerned the famous breast implant scandal produced by the French company Poly Implant Prothès (PIP). Elisabeth Schmitt, an injured German national, initiated proceedings against TÜV Rheinland, a notified body that certified and supervised PIP implants. The decision to take such a legal step was the result of difficulties in referring the claim against PIP itself, since it had gone into liquidation. Schmitt claimed €40,000 in damages and claimed that, on the basis of an audit of the invoices, TÜV Rheinland was able to verify that PIP was using non-compliant industrial implants instead of medical implants and was therefore to blame.

Elisabeth Schmitt was refused damages in the court of appeal. The court of appeal argued that there was no contractual relationship between the user of the device and the notified body and that such liability was not defined in the contract between the manufacturer and the notified body. Since the case concerned the interpretation of the Medical Devices Directive, the Federal Court of Justice (to which the case went) – the highest instance of the German judiciary – referred questions to the Court of Justice of the European Union for a preliminary ruling.

The Court has held that the Directive must be interpreted as not being subject to a general obligation on the notified body to carry out an unannounced inspection. On the other hand, where reasonable suspicions are raised, the notified body should take all measures necessary to comply with its obligations under Article 10. Whereas Article 16 (1) of Regulation (EEC) No 2 Article 6 of that Directive, which concerns the duty of a notified body to withdraw a certificate and to notify the authorities in the event of a failure by the manufacturer to comply with the standards.

The Court also concluded that the operation of the notified body in the ec declaration of conformity procedure is intended to protect final recipients of medical devices. In its conclusion, it stated in its previous case-law, m.in., that, on the basis, first of all, of the third and fifth recitals in the light of the Devices Directive – 93/42, it must be held that it is intended to protect not only health in the strict sense, but also the safety of persons and that it does not apply only to users of medical devices and patients, but, more generally, to &apos;third parties&apos; and &apos;other persons&apos;. Thus, the notified body is also integrated into a system designed to protect final recipients of medical devices.

However, the Court&apos;s answer to the most important question, whether the notified body&apos;s culpable breach of obligations, consequently makes it accountable to the final recipients of users, was the most interesting. The Court has held that the conditions under which an individual&apos;s culpable breach of its obligations under Directive 93/42, in the context of that procedure, may make it accountable to those recipients are covered by national law, subject to the principles of equivalence and effectiveness. Furthermore, the Court has held that the role of the Directive is not to lay in principle the liability of the notified body to users of products on a fault-of-the-be basis.

The Court therefore accepts that the notified body may be held liable for supervisory failures on a fault basis. However, the implementation of this possibility will be subject to the liability rules adopted by the different legal systems of the EU Member States. In accordance with the principles of equivalence and effectiveness, it must also not be less protected than similar rights under substantive national law.

CONSEQUENCES OF THE JUDGMENT

The judgment may therefore paradoxically result in a judicial divergence between eu countries. Depending on the legal order of the Member State concerned, there are likely to be different decisions as to whether or not the notified body will be accountable to the user. It is already clear from the canvas of judgments and rules of liability that, for example, such liability has been permitted in France, whereas in Germany it is, in principle, excluded.

Moreover, in view of the foregoing, it can be guessed that, since CE-labelled products are free to circulate on the Community market, the same notified body for negligence in respect of the same product will be able to be effectively held liable in some Countries, but will in part not be able to, depending on the conditions of liability accepted in the applicant State, on the basis of fault.

Please also note that on March 7, 2017, The Council of the EU has adopted draft two new regulations on medical devices. They will exacerbate the obligations of notified bodies, which will include m.in. provisions obliging them to carry out unannounced inspections. The provisions of these Regulations, if adopted by the European Parliament and announced without delay, can take effect as early as 2020. 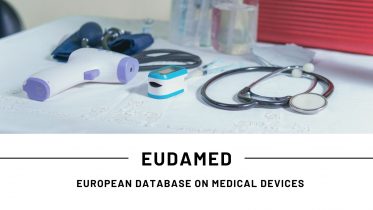