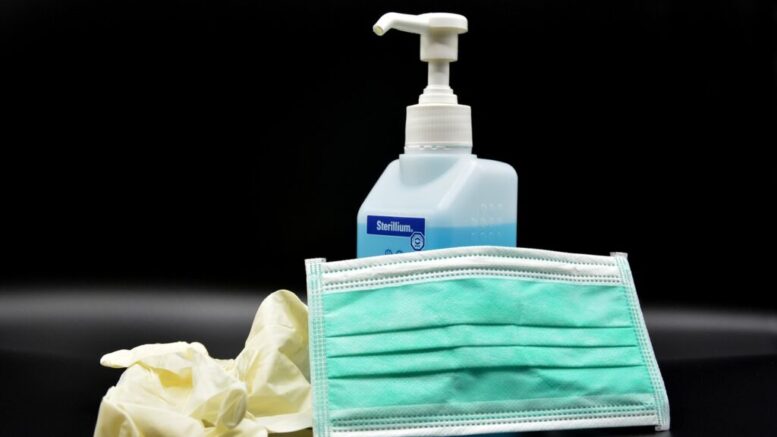 In the New Year, an important date on the medical device market is May 26, 2021. Regulation (EU) 2017/745 of the European Parliament and of the Council of 5 April 2017 on medical devices (hereinafter referred to as the &quot;MDR Regulation&quot;) is to be finally proposed from that date. Work is still ongoing on a draft law to implement the provisions of the MDR Regulation (last version of 27 November 2020, hereinafter referred to as the &quot;Draft&quot; or &quot;Draft New Law&quot;). Although the draft new law has not yet been proposed to the Sejm, it is already important at this stage that the draft law provides for provisions governing the advertising of medical devices and the advertising of services provided by this category of products. If so, it is worth presenting the most important assumptions from the perspective of entrepreneurs regarding marketing activities in the medical device industry, hitherto quite generally regulated at the level of national legislation.

What activities will be considered advertising for medical devices?

The draft new law does not introduce a definition of advertising for medical devices. In the explanatory memorandum of the Project, it can be read that judicial and administrative case law can help in assessing the eligibility of an activity as advertising.

Cases in which advertising rules are also to be applied include m.in. visits by commercial or medical professionals, presentation of devices during meetings encouraging the acquisition of products, as well as during trade fairs and conferences (including for medical professionals and device traders). The Project also states that the rules on advertising will apply to cooperation with influencers who, as users of commissioned products, make their opinions public and at the same time receive benefits.

On the other hand, commercial catalogues or price lists containing only the trade name and the price of the medical device are not to be regarded as advertising of devices. However, the condition is that they do not contain content relating to the characteristics of medical devices and other information about promotional or sales-enhancing purposes.

Who will be able to advertise a medical device?

As a rule, advertising of a medical device will be carried out by a manufacturer, authorised representative, importer or distributor. The initial version of the draft new law assumes that advertising by importers and distributors is to be approved in writing and for each advertisement by the manufacturer or an authorized representative. However, these additional restrictions for the industry have been abandoned in the course of the work.

This does not mean that you cannot outsource marketing activities to an advertising agency, for example. According to the Project, the advertising of a product may also be carried out by other entities after it has been approved, in writing, by the economic operator concerned (i.e. the manufacturer, authorised representative, importer or distributor). In this case, the operator who commissions the advertisement will be responsible for the legality of the advertisement.

What restrictions on the content of advertising to the public are provided for in the draft new law?

In addition to the general prohibition of misleading under the MDR, according to the Project, the advertising of a device to the public will not be able to use the image of persons practising or impersonating medical professions or to present persons presenting the device in a way that suggests that they are engaged in such a profession. Public advertising will also not be able to directly call on children to purchase the advertised products or to persuade parents or other adults to buy them the advertised products. It shall also be prohibited to mislead as to the terms and conditions of maintenance, servicing, software updates, periodic or ad hoc inspections or safety checks of the type of devices concerned, including requirements for the technical equipment of the operators performing those activities and the qualifications of the persons employed there in them.

What information will i need to include in public advertising?

What does the warning look like in my ad?

The content of the warning will depend on whether contraindications have been identified for the product. According to the draft regulation implementing the Law on the advertising of medical devices (draft of 12 March 2020, hereinafter referred to as the &quot;Implementing Regulation&quot;) advertising should contain a warning that reads: &quot;Before use, read the instructions for use and the label or consult a doctor.&quot; – for devices for which contraindications have not been identified. However, for devices for which contraindications have been identified at the end of the above-given warning, an additional passage should be considered: &quot;as this medical device may not be suitable for you.&quot;

The Implementing Regulation also provides for a way of displaying or reading a warning depending on the form of the advertisement in question.

In the case of audiovisual advertising, a warning:

On the other hand, in the case of visual advertising, a warning shall be given:

What will be the rules for advertising medical devices in medical entities and pharmacies?

These rules are to be applied accordingly at the place of medical, medical and veterinary practice, nurse or midwife, felscher points, pharmacy outlets and non-pharmacy establishments.

The visit of medical professionals at the place of provision of health services shall take place after prior agreement of the date of the meeting and outside the working hours of the persons entitled to issue prescriptions. Also, be sure to obtain the permission of the manager of the facility for the meeting.

What are the new obligations for influencers to run ads?

In the case of such advertising, it will be necessary to inform the influencer of all the benefits received by the influencer, both tangible and intangible. This information is to be provided in graphic or audio form.

Who will have to store ad designs for how long and for what period?

It will be the responsibility of the operator advertising the product to store advertising designs and information on the places where it is distributed for a period of 2 years from the end of the calendar year in which the advertisement was distributed.

The proposed rules also require the storage of advertising records and data of the operator ordering advertising by media service providers or publishers in which the advertisement is conducted. They are to be required to keep this data for not less than one year.

Who will oversee marketing activities?

Supervision of advertising of an economic or professional activity in which a product is used for the provision of services , in so far as it concerns services provided using a given product, which is carried out by the Minister of Health and, to the other extent, by the Chief Sanitary Inspector.

What penalties should I face for violating advertising laws?

A fine of up to PLN 2,000,000 may be imposed for advertising in violation of the law. In the course of work on the Project, despite numerous demands, the amount of the penalty has not been reduced. On the other hand, failure to store advertising designs or make them available at the request of the supervisory authority is to be punishable by a fine of up to PLN 100 000.

When are the new rules due to come into force?

The proposal assumes that the advertising rules will enter into force on 1 January 2022. This is to enable economic operators to adapt their activities to the new requirements. So there&apos;s quite a bit of time. However, when implementing the provisions of the MDR in your company, it is also worth bearing in mind that you carry out an audit of your marketing activities in order to locate potential areas that will need to be changed. The sheer amount of potentially threatening penalties may lead to a prior verification of the compliance of the company&apos;s marketing activities with the new regulations and to adapt smoothly to the upcoming changes. 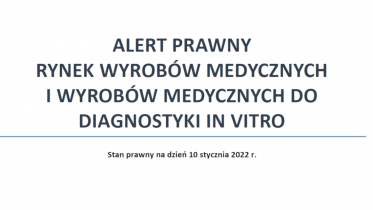 Load More... Subscribe
This error message is only visible to WordPress admins

Many features are not available without adding an API Key. Please go to the YouTube Feed settings page to add an API key after following these instructions.